I was talking to a client the other day about the series of workshops I had facilitated with their brilliant yet slightly disjointed team. The workshops were focused on team communication and had a really positive impact on the way the team works, thinks and communicates together. My client was really happy with the changes to the team, what a win!

Although not perhaps in the way I had expected.

It turned out that one of the most positive aspects of the workshops we did wasn’t actually the process in the workshops, but the process of doing the workshops. What’s the difference? Well the former is the way a facilitator puts a workshop together, the tools and techniques they carefully choose and hone to make the workshop work. The latter is just the fact that we did some workshops in the first place!

It was the fact that we had created a bump in the road, and stopped the normal running of things. In essence putting a bit of a metaphorical spanner in the works as this team was very head down, very busy and very focused on doing their jobs right. I see this in the same way a bike wheel goes around and something stops it spinning. Of course you don’t want the rider to fall off because of it, but you do want them to stop doing what they are doing. To stop ploughing on in the same direction as usual, using the same techniques and methods that are not quite working. It wasn’t that they were doing their jobs badly, but the team wasn’t working well as a team and did not communicate effectively. It was hard to get them to stop and think about anything other than their actual work.

Sometimes a team can be so busy that focusing on themselves, rather than their work can feel like a luxury, or an ‘extra’ that might not be so important. Creating the space to do this can be hard and needs to be done carefully so as not to leave the team with an overload of “actual” work to go back to. That is why, for this team, a series of online workshops worked well, with very little extra work for them to do outside the workshop.

A bit of a jolt can sometimes be a good thing. It makes you and your team stop and think and hopefully realise what has been happening. Breaking the patterns of the same types of behaviour is not easy to do (which is why we often keep plodding on, regardless). So giving people the space to stop, take a good look at that spanner and think about what is going on is really valuable for the team as a whole, and for each member of that team.

That’s what a facilitated workshop can do for your team – provide the time, space and spanner if needed, to help break unhelpful behaviours and move forward together. It doesn’t happen in isolation, there needs to be some carry over and next steps so there is longevity in what you gained from the workshop. It might not always feel comfortable, and there may be resistance to doing it in the first place. But even a short pause, in the right pair of hands, can be enormously worthwhile. 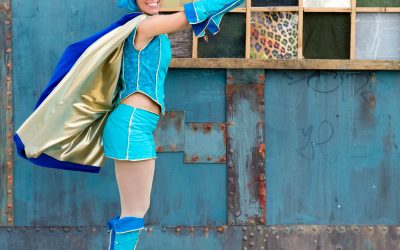