Creating the space to make decisions.

How good are you at making decisions?

Some people find this really rather easy. Others take an age to decide, procrastinate, cogitate, contemplate and tie themselves in knots.

And when it comes to involving a group of people in decision making, you may find that you get the depth and rigour of discussion that you need. But actually making the decision itself is not quite as easy as you would like.

Actually you don’t want it to be too easy. You don’t just want people to simply agree, but to test and probe and question. Otherwise why engage the group in the first place? Decision making is a process like any other and particularly if it is a meaty, chunky decision, you don’t want to cut corners.

There may be times when you just need a show of hands on something, and times when the ground work has been done before the group actually decides on something. But often there is far more involved.

And there are plenty of occasions when you might just decide something yourself. You might not need to consult people.

But many decisions can’t be made unilaterally. Often, as hard as it seems to be, the process of gathering people’s opinions, consulting on an idea, asking for people’s thoughts and obtaining views is vital. You need to engage with your staff or team to see what they think too and to draw on their expertise. Perhaps you are looking to decide where to prioritise a section of your budget in the next quarter. Perhaps you need you decide which area of your team to expand first. You might need to decide on the key parts of your vision for the next 5 years. Or perhaps it’s deciding on what type of Christmas party to have!

One of the main difficulties in opening something up to a group is the potential for discussions to go round and round in circles without resolution. Great discussion perhaps, but still no decision.

Sometimes there can be really entrenched disagreement, and you cannot move forwards, then what? How do you move past the moment of no movement, where no one will budge…….

Or the converse, where everyone is just too nice and the decision is made too quickly. It just doesn’t feel quite right.

It can be hard to know when the decision is made. When is something good enough, and when do you need to drill down into the minutiae to fully flesh something out?

When it comes to agreement, have you decided what you are looking for?Are you looking for 100% water tight solid consensus, or just something that will enable you to move forwards.

Part of deciding some of these things is knowing the purpose of the decision in the first place. If your decision is something that needs to have something strong built upon it then it is worth spending time, digging deep. But if it is something that is less weighty or perhaps less complex then maybe an easy compromise or something good enough will do.

How can you make the process more productive? How do you make decisions with a group of people, and what works best for you?

If you liked this blog, you might want to check out my blog on group facilitation and how it can help when working with a group.

Or sign up for my newsletter for all kinds of updates, top tips and ideas that may help! 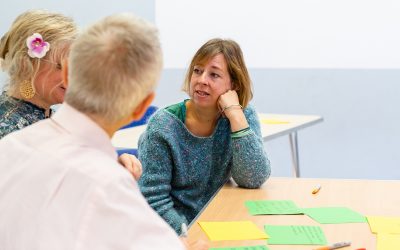